Today’s post is a hard one for me to write.  As I am sitting here typing, tears are rolling down my face. Madeleine James has touched my life and my heart. I know she will touch yours too.

On a Friday afternoon just two months ago in January, Maddie was in her kindergarten class playing with friends and two days later, on that Sunday morning, she was diagnosed with a malignant, inoperable brain tumor and given 6 months.  Survival rate for this type of cancer? 0%.

Maddie is a relative of my friend, Sarah, who writes the blog www.whoorl.com and www.hairthursday.com so this story hits particularly close to home.

When I threw out a request on Twitter this past fall asking if Sarah wanted to join our PCRF team to raise money for pediatric cancer, her support was immediate.   It was a “sure!” and then 5 minutes later she was registered on our team. That’s just the kind of person she is.

This was before Maddie was diagnosed.

When I got the word that Maddie was diagnosed with pediatric cancer, my heart literally broke into a thousand pieces. A five year old, beautiful girl almost the same age as my daughter.

I simply cannot fathom the depth of pain.

Please take a moment and let her words touch you. Here is her post titled, “Madeleine.” You will need a box of tissues.

But in the midst of all the pain, what amazes me the most is that this family has found a way to take something so horrifically devastating and do something positive.

Her mother wrote here, in her story, that in the midst of feeling so out of control they realized there were two things they could control: making sure each day left with Maddie was lived to the fullest and do something to properly honor her.

One of Maddie’s favorite places in the world is the Ocean Institute in Dana Point.  She loves the ocean and the wonder of life under the sea.  When the family learned that the Ocean Institute is currently in the final phase of raising money for new oceanside programs and facilities to complement their existing Ocean Education Center they knew their mission was clear.

The Maddie James Seaside Learning Center would be possible with a donation of $1 million dollars.  The family is shooting for the sea stars and wants to raise this amount so that Maddie’s legacy and light will live on forever in a place she loves so much which is why they have created The Maddie James Foundation.

Again, I am crying.

I hope I get to take my daughters to The Maddie James Seaside Learning Center one day and teach them about the beauty of the sea and the beauty in humanity. I also want to teach them to take each day and treat it like it is our most precious gift, because it is.

If you are moved to help create this center, click here to make a donation.   Every gift helps.

Hug your little ones just that much harder today and every day.  And realize that this day is a gift.

Maddie has further inspired our team to FIGHT for her
and all the kids affected by this horrendous disease by running and walking on May 1st as
Team Tiny Oranges to raise money for the Pediatric Cancer Research Foundation.
If you would like to join us in this fight
please click here and “Join Our Team!”

Sarah is organizing a fundraising Boot Camp for March 19th in Costa Mesa as well.
Click here for details! 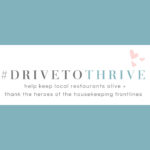