This past Saturday morning we told the girls to get dressed and get in the car for an outing. But we didn’t tell them WHERE we were going for our outing.  They kept asking but I just told them to get ready and we would tell them in the car.  There were lots of guesses, but they never would have guessed where we were headed.

All giddy with excitement, once buckled and ready to go, I said, “We’re going to DISNEYLAND!!!!!” and captured those looks on their little faces right after. Priceless.

Come back tomorrow for more about our boo-tiful experience at Halloween Time at Disneyland and for more Wordless Wednesday photos head over to www.AngryJulieMonday.com. 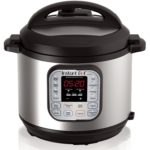