That’s a loaded title, huh?  I mean, I have so many “mommy struggles” some days I almost don’t even know where to begin!  But I will start with my current one.

So I signed my 4 year old up for a little 6 week summer school program for a few hours 3 mornings a week to keep her entertained & allow me some time to work.   We originally signed up with a little boy she has known since birth so she would have a friend to go with.  Unfortunately 2 weeks into the program they decided to stop going due to unforeseen circumstances and subsequently my dear daughter has been miserable this week not wanting to go to this new school without a friend.

A little background on her personality.  At home she is rambunctious, extroverted, spirited, and never stops talking. But at preschool school, she is more quiet, shy and much more introverted.  Which is so weird to me!  It is almost like she is a different kid sometimes.

Last year at our first parent conference in the fall when my daughter’s preschool teacher described her as “quiet”  I almost had to laugh out loud as that would have been the last word to describe her. Luckily she made some best little friends from almost the beginning, which made her love preschool because she loved her friends so much. All good things.

Fast forward to her first experience at a new “school” this summer.  Monday getting her there was OK, but afterwards she said she never wanted to go back because she missed her friend, and yesterday there was so much drama in the morning about not wanting to go, it was almost unbearable.

I went on Monday morning and asked the teachers to help facilitate her playing with some of the other girls and tried to introduce her to some of the other kids.   I named one in particular, and said… how about you try playing with {I will call her Abby to protect the innocent} Abby today? After school on Monday I asked her who she played with and she said “no one.”  She told me Abby didn’t want to play with her.

So I told my husband, in a total emotional “Mommy Bear” state, if she doesn’t like it after this week I am not going to send her!!!

My hubby and I agree on most everything philosophy-wise in parenting, but this has been one time we are not seeing eye-to-eye.  And it is frustrating the heck out of me – mostly because I can also see his points as well.

His point is we are NOT sending her to a torturous place.  It is a cute program with art, puppets, water play, etc.

He thinks if we say “OK, if you don’t want to go, you don’t have to” and pull her out of the program it will send a bad message that anytime there is a tough situation in life or when she doesn’t want to do something or when she is out of her comfort zone, there is an escape.  She’s a creature of habit and routine (definitely her Father’s daughter!) so it’s new and she doesn’t like change, but we have to give her a chance to get used to it.

Interestingly enough, he was the shy kid in school too, so he thinks it is good for her to be in a situation that facilitates her making new friends.  His point is that she made friends in her preschool last year, and she will make them at this program. The problem is that hasn’t happened yet.  Albeit it’s only been 2 days since she she has been there alone.

What I am also struggling with is the fact that this is only going to be the beginning.  My gut instinct is to want to protect her.  To keep her from anyone or any situation that is at all unpleasant or short of SO MUCH FUN.  But I realize I am not going to be able to protect her from everything in life. That’s just life! Mean girls included. Oh God, don’t even get me started on that one.

As a mom (but also the little girl in me) wants to scream YOU NEVER HAVE TO GO BACK!   But I do think it is unfair to not at least give her the chance to make a friend on her own.

So, I will send her tomorrow, it’s water day, and hope that she can bond with someone (God PLEASE!) over the sprinkler. And if not, well, we will just have to cross that bridge next week… 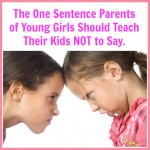 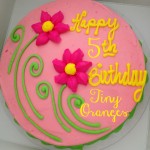 You Say It’s Your Birthday

Get in the Orange 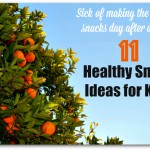 Get Out of Your Snack Rut