Last week our house got hit with the flu. Bad. When my inaccurate thermometer was to blame for an unnecessary trip in to see the doctor, I realized I have GOT to find the best thermometer for kids. Stat.

Having the most accurate thermometer for kids might just be the most important tool in Dr. Mommy’s medicine cabinet. Make sure to enter to WIN one in our giveaway below!

By a brilliant stroke of luck, that same week, a representative from Exergen TemporalScanner contacted me to see if I would be interested in doing a review on their temple scanner thermometer, which is supposed to be the easiest way to take your kid’s temperature.

I wrote back YES as fast as I could.

First the story of what happened when my six-year-old daughter got the stomach flu. It was horrendous, she was so sick, and feverish. So I searched for our old digital thermometer, and not knowing where it had been in the past (ahem, we had it since she was a baby), I thought it best to take it under her arm.

The number kept climbing and climbing til it reached 103.5. Then I erroneously ADDED a degree, as I thought the arm pit was the one where you added a degree, so I thought she had temperature of 104.5, which freaked me out a little.

Since she couldn’t keep anything down, including a fever reducer, I took her into the doctor’s where her temperature there was 101. Yes, a fever, but not a 104.5 fever. And I cursed that stupid thermometer!

When my Exergen TemporalScanner arrived this week I think I  heard the angels sing, because this product is seriously the answer to Dr. Mommy’s prayers.

It is so easy to use, which is exactly what a mom needs in the throes of dealing with a sick little one.

I popped the battery in, put the TemporalScanner on her forehead, pressed the scan button and then moved it from the center of her forehead across to her hairline for 2 seconds and voila! I was done and had a digital readout of her temperature in 2 seconds!

The Exergen TemporalScanner infrared thermometer is able to gauge body temperature by capturing the naturally emitted heat from skin over the temporal artery, which runs across the forehead and is directly connected to the heart.

Accordingly to the company, research proves this is amongst the most accurate way to test for fever in all ages and is certainly the least invasive.

Tests show it is accurate to within + 0.2° F – which is more accurate than taking the temperature any other way.

If ONLY this had existed when my kids were babies. It truly is a must-have for any mom. In fact, this is going to be my gift for when a new baby arrives. Forget another darn outfit, a kinder, gentler thermometer is what a mommy needs!

If you couldn’t tell, so I will say it again, I LOVE THIS PRODUCT. They are available at stores like Wal-Mart, Walgreens, Costco, Babies R Us, Toys R Us and Sam’s Club nationwide.

[Disclosure: I received a complimentary TemporalScanner to facilitate this review. LUCKY ME.] 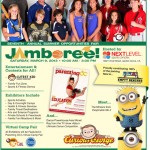 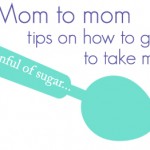 Mom tips on how to get kids to take medicine 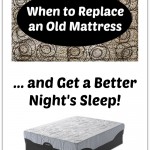 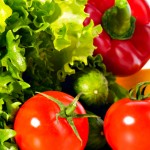 8 Nutrients to Boost Your Immune System