My number 3 pick in my “Top 10 Most Used Baby Products” is a mom product, not baby product, but I have used them so much, they deserve to be on the list!   If you are a nursing mom or mom-to-be, these tanks are a MUST!

The Glamourmom long nursing tanks are absolutely fabulous!  I have LIVED in them.  In fact, in the early days, I literally wore them every single day.

In the beginning, when you are nursing around the clock the “easy access” design is just SO convenient.    They are also great when you are out in public so you don’t have to fumble around with the nursing cover, a top and a bra.

Also, in those blurry sleep-deprived days, it is nice to not have to pick two clothing pieces (a nursing bra and separate top.)   Too much effort and too many decisions for a delirious mom!   So, it was great to throw on one of these tanks and be good to go.

I am tall, so I LOVE the long style, as they don’t ride up.   Plus, it has that nice little bunching effect around the mid-section, which is very forgiving post-partum!

They were awesome for the hot summer months as you can even wear them on their own because the material is thick enough.   But now that it has cooled off, I have been layering the tank with a blouse or sweatshirt over it.

I have to tell a funny story about these tanks you moms will appreciate!

When I went to a Milkalicous event last spring they had a buy two Glamourmom tanks, get one free promotion.   The free one was a black one with the “Glamourmom” logo in glittery silver writing on it.

On one particularly bad day, Morgan was inconsolable. Cried and cried and cried.  I was at my wit’s end, exhausted, and looked like I had gotten hit by a train.    I had the logo one on that I normally saved for wearing around the house.  Since I was desperate to help her stop crying, I put her in the stroller and took her around the block.

There I was, shuffling around the block with a screaming baby, hair throw up in a tangled pony, no make-up, teeth un-brushed wearing a tank top that said “Glamourmom.”  For a moment I thought about what I must look like to those driving by.  Then I started laughing to myself so hard I started crying because I really couldn’t have been farther away from being described as “glamorous.”     However, it reminded me that I still had my sense of humor which ended up getting me through that day!

Helping a Friend with Cancer 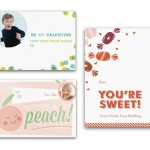 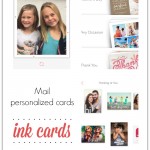 Personalized Cards Mailed From Your Phone!

WAKE UP! It’s a School Day! 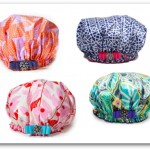 For the girl who has everything