A Wrinkle in Time

Did you know  South Coast Repertory has a series of plays geared towards children called “Theatre for Young Audiences?”

Last Saturday, I was invited by SCR to see one of these plays, the adaptation of the beloved children’s book by Madeleine L’Engle, A Wrinkle of Time on the Julianne Argyros Stage.  I was very excited because I haven’t seen a play in years and even more so because “A Wrinkle in Time” stands out as one of my all time favorite childhood books.

My daughters (at 3 1/2 & 7 months) were too young to attend, so my mom and I went and made an afternoon out of it.  I loved watching all the families there with their kids.   In today’s world of videos and high def  TV, it really is wonderful  to have the opportunity to expose children to the art of live theatre.

The stage where it was performed was very intimate.  Not a bad seat in the house!  Every seat had a seriously great view.   All the kids in there were so well behaved and seemed to hang on every word and magical set change.

The acting was superb and the set design was so clever. For those of you not familiar with the story, this science fiction favorite  follows Meg and her little brother Charles Wallace on a quest through time and space in search of their father with the help of three eccentric magical sisters. Learning valuable lessons along the way, in the end, the story is really about the power of love.

The theme and story line would likely be a little over the heads of little ones, so I would say this particular play is geared to slightly older children, like 6+.     Not familiar with the “older” ages as I still have little ones, I asked a sweet grandmother behind me how old her grandkids were. They were 7 & 9.  At intermission I asked them how they liked the play and their eyes immediately lit up and said they “loved it.”   It was this grandmother’s opinion that 7+ was a good age for this performance.

For the “Theatre for Young Audience” plays, children must be a minimum of 4 years old and no babes are allowed in arms.   Everyone must have a seat and able to sit quietly and enjoy the performance.

It started right on time, the first half was about 40 minutes, then a 15 minute intermission and the second half was about 35 minutes, so about 1 1/2 hours from start to finish.  I thought this timing was about perfect for a young audience.

“A Wrinkle in Time”  runs from now through February 27th, 2010. Two shows were added on the end, and subsequently still have great seats available!  Although, like I said before, in this theatre there really is no such thing as a bad seat! 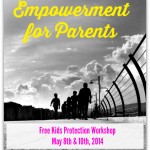 A Sad Story + Empowerment for Parents 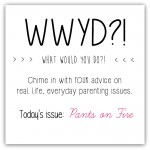 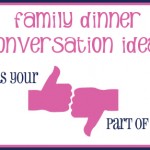 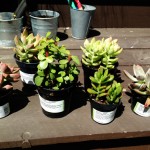 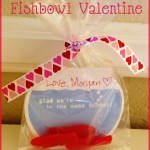